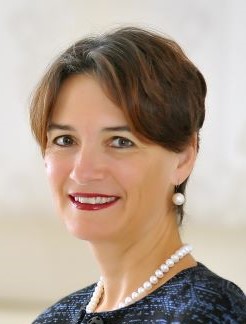 Dr. Dia Anagnostou (Ph.D. Cornell University, Department of Government, 1999) is Associate Professor of Comparative Politics and International Governance, in the Department of Public Administration at Panteion University of Social Sciences, and Senior Research Fellow at the Hellenic Foundation of Eu-ropean and Foreign Policy (ELIAMEP) in Athens (from September 2004 until present). She has held research positions at Princeton University (1999-2000), the Robert Schuman Cen-tre at the European University Institute in Florence (2000-2001), and in the European Uni-versity Institute (Law Dept. in January-February 2009 as Fernand Braudel Fellow; and as Ma-rie Curie Research Fellow in 2010-2012).

Anagnostou is an expert with extensive research experience (over fifteen years) on issues of human rights and European governance. Her research has focused on the influence that courts, international law and supranational insti-tutions exert in advancing rights, specifically in relation to gender equality, minorities, mi-grants and vulnerable groups. Anagnostou has coordinated two large research projects funded by the European Commission 6th Framework Program and has also participated as a partner in several other EU research projects under the 6th and 7th Framework Programs, as well as in Horizon 2020. Her articles have appeared in several book chapters and journals such as Journal of Law and Society, European Journal of International Law, West European Politics, Southeast European Politics, International Journal of Human Rights, Canadian Journal of Law and Society, and European Public Law, among others. She is currently working on a book manu-script on litigation and legal mobilization in the European Court of Human Rights.